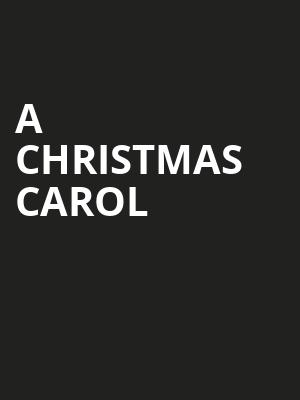 Photo by Terry Jaskiw on Unsplash

Why See A Christmas Carol?

What is the story?

Ever since Charles Dickens first penned A Christmas Carol in 1843, it has seen myriad stage adaptations across the world.and the popularity of this tale of redemption and second chances has seemingly never waned. From stage to screen, opera to one man show, it is one of the most influential Christmas shows and a traditional holiday outing that defines the joy of the Yuletide period for most of us. One man's journey from avarice and hatred takes him through three stages of his life, to show him the error of his ways; ultimately the story of Scrooge speaks out to each of us, as it is up to Scrooge himself (and by extension, us) to become the best person we can be.

Two hours including one 15-minute intermission.

You may be required to wear a mask during this performance. Please contact the venue directly for more information.

Seen A Christmas Carol? Loved it? Hated it?

Sound good to you? Share this page on social media and let your friends know about A Christmas Carol at Segerstrom Stage.